Designer Karim Rashid: I am trying to connect the digital and physical worlds. 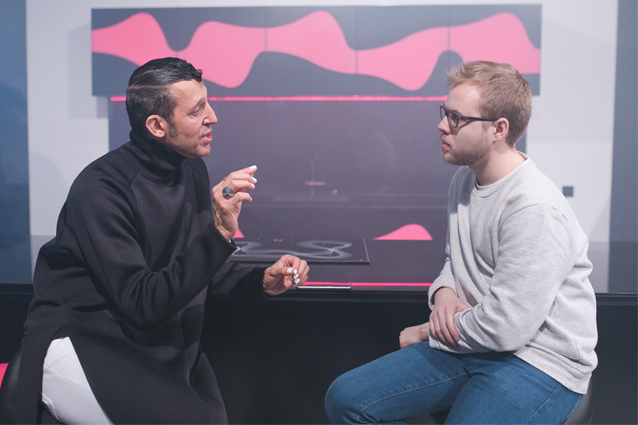 It seems like the American designer Karim Rashid managed to give his personal futuristic look to all of the modern industrial goods: he is an author of about 3000 projects – from furniture and bathroom equipment to interior objects and kitchen appliances. In April 2017, he got to Russian kitchens and presented the concepts of kitchen furniture that he developed for the company “Maria”. The presentation took place at Trekhgornaya Manufaktura. “Snob” met with Karim Rashid in Moscow to talk about the modern industrial design and kitsch. Photo: Tatiana Hesso Karim Rashid и Sergei Babkin
Conversation about the look of simple everyday objects became so intrusive that it created a new topic – the overdesigned phenomena. Don’t you think that our reality became redundantly designed?


We should start with mentioning that any product has its design whether you like it or not. It can be developed by an engineer, an artist or a product-manager but nevertheless, all of the 600 objects that we touch every day are objects of design. Design exists since the times of the industrial revolution and it is not a craft or complex art. If you look at everything that is sold all over the world, you will see that most of it is just kitsch. This applies not only to material objects but also to such companies as, for example, Warner Bros. and Disney that create character design.

So I would rather talk not about the overdesigned world, but about the problem of good design. How many products in the world have it? 2% to 5%. When I started working as a designer in the 1970-s and studied in the University, no one really talked about design in general or industrial design in particular.  No one even heard about a profession like this. Only about 1% of all of the goods of that time had worthy design. 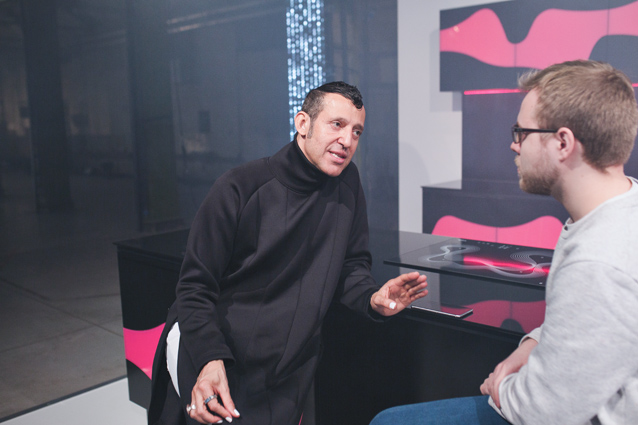 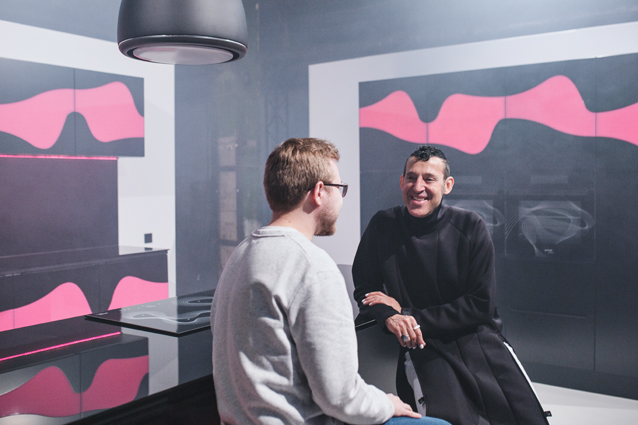 But what is good design? Is it determined by aesthetic qualities? It seems so, but it is arguable, because it is rather subjective. A design is good when a thing works well.  It gives something to the user, for example, some meaning. You enter a real relationship with an example of good design. Let’s say you are wearing glasses – you have to feel good with them, understand that they fit you well. Or, when drive a car – you have to enjoy it. Because good design creates a positive experience. Good design is also in semantics. It immediately tells the user: “Touch this”, or “Don’t touch”, or “This has to be held like that”. 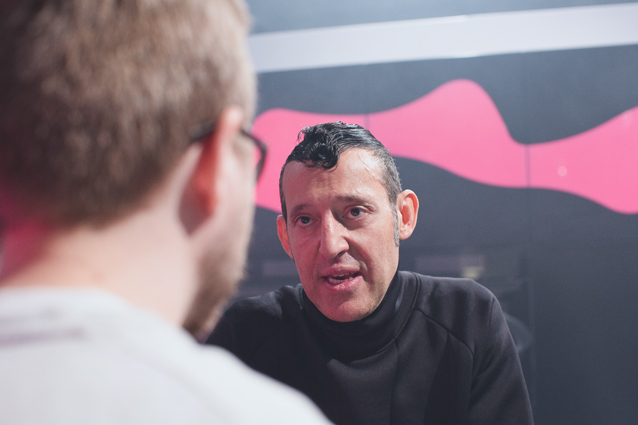 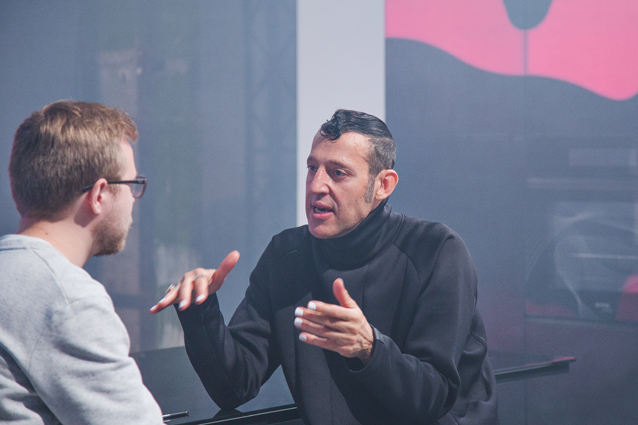 What is the role of an industrial designer in these conditions in this case? What tasks should he solve?

I have three main tasks. First, the product has to be relevant: do we really need it and will it really give us something? Second, how thought through is it? It is important that the project is consistent with the concept of sustainable development. Is it made of degradable plastic? And the third task is an aesthetic one. I, for example, would never design a weapon, or any object, connected to the military. I would never create something that even looks like a weapon – I don’t even want to think about it. It is my personal ethics. If we talk about general ethics, designers have to understand their responsibility in the modern conditions, when a global market economy can destroy the Earth. Overall, I think that products need to be prettier and simpler.

Indeed, designers are working on more and more products nowadays. Look at the switches, for example. They look much nicer than they did 20 years ago. They used to have an industrial look and now they have become more humane, as if they had been cleaned. 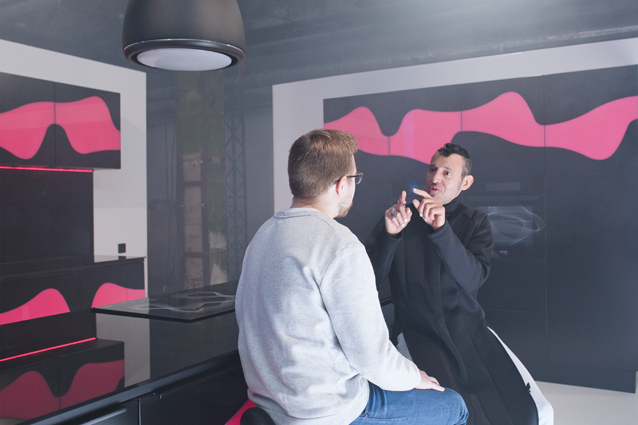 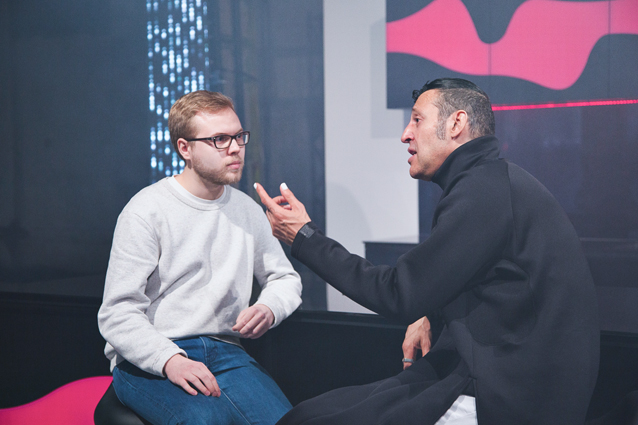 And what about aesthetics? The last years were marked with an interest to a kind of brutal modernism. Many people quote designers and architects of the 1920-s. At the same time, your design is very spectacular. Do you think that your style is compliant with the modern trends?


You know, I do not really like to talk about the modern practice as if it is an avant-garde one. But I think that in my design I talk about the world that we live in.  And I am talking not only about the renaissance of the pre-war modernism. It is all about the digital age. We spend 7,5 hours a day in front of screens. Right now, there are 16 thousand satellites flying around the planet! I try to connect the digital worlds with the “physical” one. I often show this connection literally, as, for example, in the drawing for the electric stove for “Maria” kitchens. And even this bright line in the kitchen furniture is about the technological age.

The tendency of turning to the industrial modernism that you are talking about is surprising. Chairs that look like the classical French chair Tolix are created all over the world. These are copies of copies of that chair. Everyone uses concrete, light bulbs have pronounced incandescent elements. But that is just fashion, not design. I understand decoration as fashion. Yes, for some reason, it attracts many people nowadays. We can assume that a return to the industrial style is an alternative to the digital world. Or maybe it is the result of development of industrial cities. Plants and factories closed and people started to have raves in their buildings. People got inspired by concrete-steel aesthetics and created similar interiors in their homes. And than they got popular in other spaces, for example, cafes.

I received a couple offers for a design of a restaurant and the clients sent me mood boards – pictures of what the result needs to look like. They were all in this industrial style. I told them that it is not what I do and I did not understand why would they even come to me for this. This aesthetics has no connection to functionality: you cannot sit in a metal chair for several hours, and edges of furniture made of concrete are just uncomfortable. 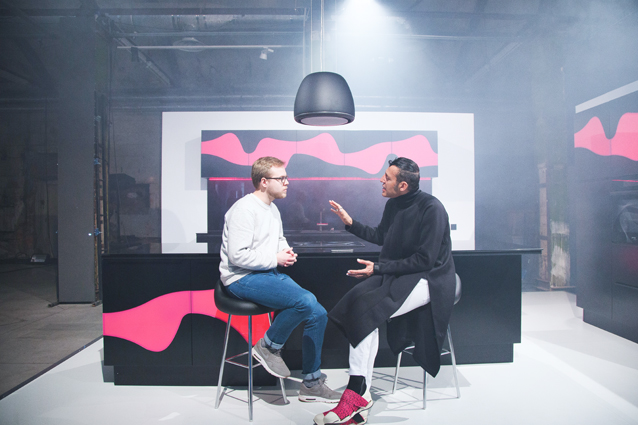 So it turns out that the goal of an industrial designer is not in distracting people from the digital space and reminding them about the real one but in connecting these two worlds?


That is my goal. And honestly, I think that other industrial designers and architects have to share it. We have to talk about our time, about Zeitgeist. Look, the Eifel Tower was built in 1880-s. And it was made with the most advanced technology of that time. A tower made of steel – it was radical for the XIX century. A century later it continues to attract tourists, it was visited by millions of people. It became a symbol of its time. Eifel does not turn to ideas of the beginning of the XIX century. And we, designers, also have to form and denote the time that we live in.

New York has many brick buildings, built in the 1920-s and 1920-s. I built my own building in a district like this. And everyone is annoyed with the fact that I am creating a building of 2017. Brick is the symbol of the 1910-s. In the beginning of the XX century houses had small windows because there was no technology  for created large single-piece sheets of glass. Bow we have it. So we have to build with large pieces of glass, not bricks. 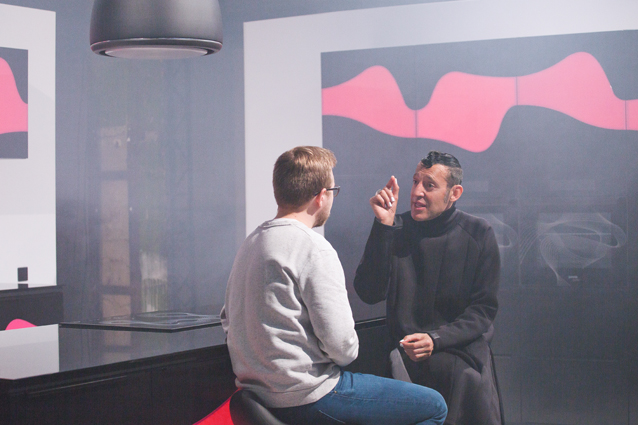 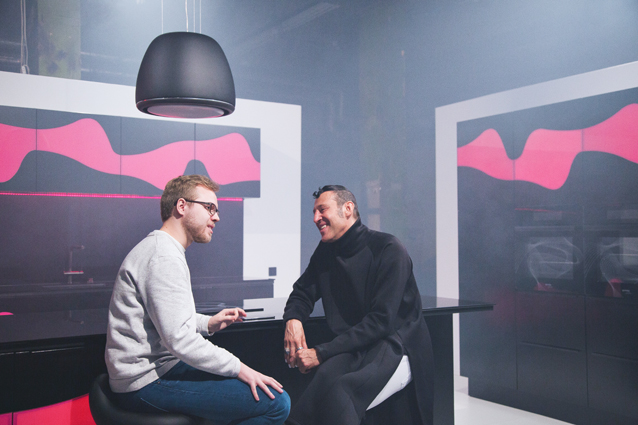 This time you came to Russia to present a design of kitchens for a company “Maria”. In the Russian context the kitchen was always a communicational and cultural center of the living space. It is a place to meet guests and have conversations. Do you understand a kitchen as a social space like that?


Lately, yes. I think, many people do not even cook nowadays so the kitchen, as you mentioned is a cultural center of the home. A kitchen has a meeting function that it took from the living room. I think in Moscow you can order food at any time or day so the function of preparing food is not that important here too. And the social function doesn’t even depend on the space of the kitchen. It stays the same in tiny, 20 sq. m. apartments where you can only place a micro-kitchen. By the way, I would love to work on a space like that. I developed a kitchen for a large space for “Maria” and that is mainly a product for the wealthy. The tendency of introducing new technologies to kitchen spaces is very important. Kitchens become more automated.

As they become more automated, we get more time and space for communication.

Exactly. And paradoxically, in cooking: the less time it takes you, the more time you devote to it later.

Ksenia Sobchak vs Yefim Katz: We are working on decreasing stress Kitchens, that make money.