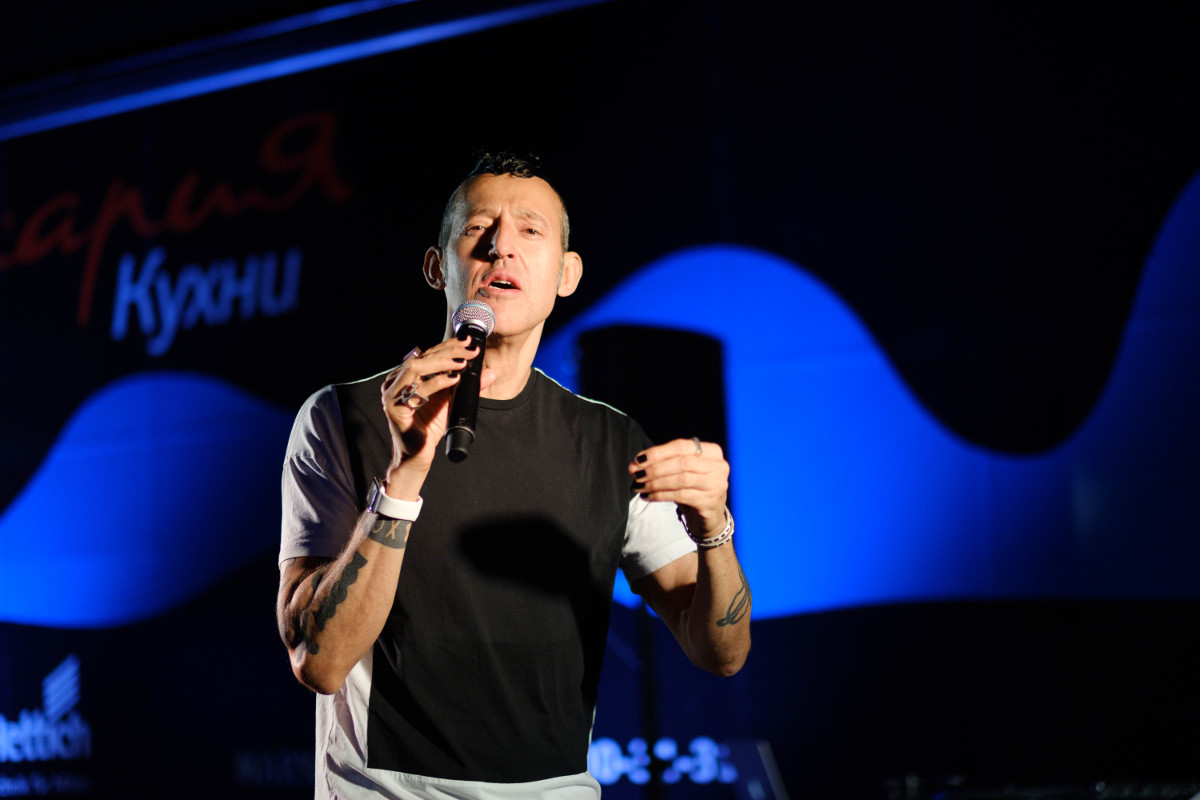 The world famous designer came to Russia from New-York to open the presentation of the new furniture collection that he created for the factory “Maria” and launch the mass production of one of the models.

On July 18 together with Karim Rashid, more than 450 specialists came to Saratov from Moscow, Chelyabinsk, Samara, Tolyatti, Nizhniy Novgorod, Ekaterinburg and other cities as well as the editor in chief of the ELLE Decoration magazine, Aleksey Dorozhkin, one of the top-10 of the most famous designers of Russia, decorator Diana Balashova, popular bloggers Natalia Solo, Mila Ryazanova, Maria Borovskaya. The live video from the factory was streamed in the Instagram account of a successful blogger, Olga Zemlyanaya.

In addition to the industry specialists , the presentation NEW COLOR OF KARMA was visited by famous people of Saratov and even the players of the “Autodor” basketball team. Till late night a group of professional guides of “Maria” with equipment as in the most famous museums of the world worked for them. The invited guests had a chance to see the heart of the factory – the production site with an area of more than 100 000 sq. m. and the showroom where the new kitchens by Karim Rashid were presented: the model Karma in white and blue colors and a concept Volna with a white island, decorated with a black artificial stone.

All of the guests witnessed a historic moment for the factory – the launch of the first kitchen in production. The process of creating the fronts for the model Karma with a brand wave of Karim was live streamed to a large screen right from the factory.

In the end of the evening Karim Rashid, who is called the apostle of the digital technologies made a speech about the unique time that we live in and about the role of design in the modern world.

“We live in a great time – we transfer from the analogue time to the digital one. This world is only forty years old. And we stand at its origin. As a designer, I have two make these two worlds closer to each other.  Modern people look at a screen for seven hours a day on average. When they turn away from the computer, they see materialistic objects – a thing, a kitchen, part of furniture, jewelry, clothes. We touch at least 600 different objects every day. And I want everything that we interact with to be as interesting, tempting and striking as in the digital world.” 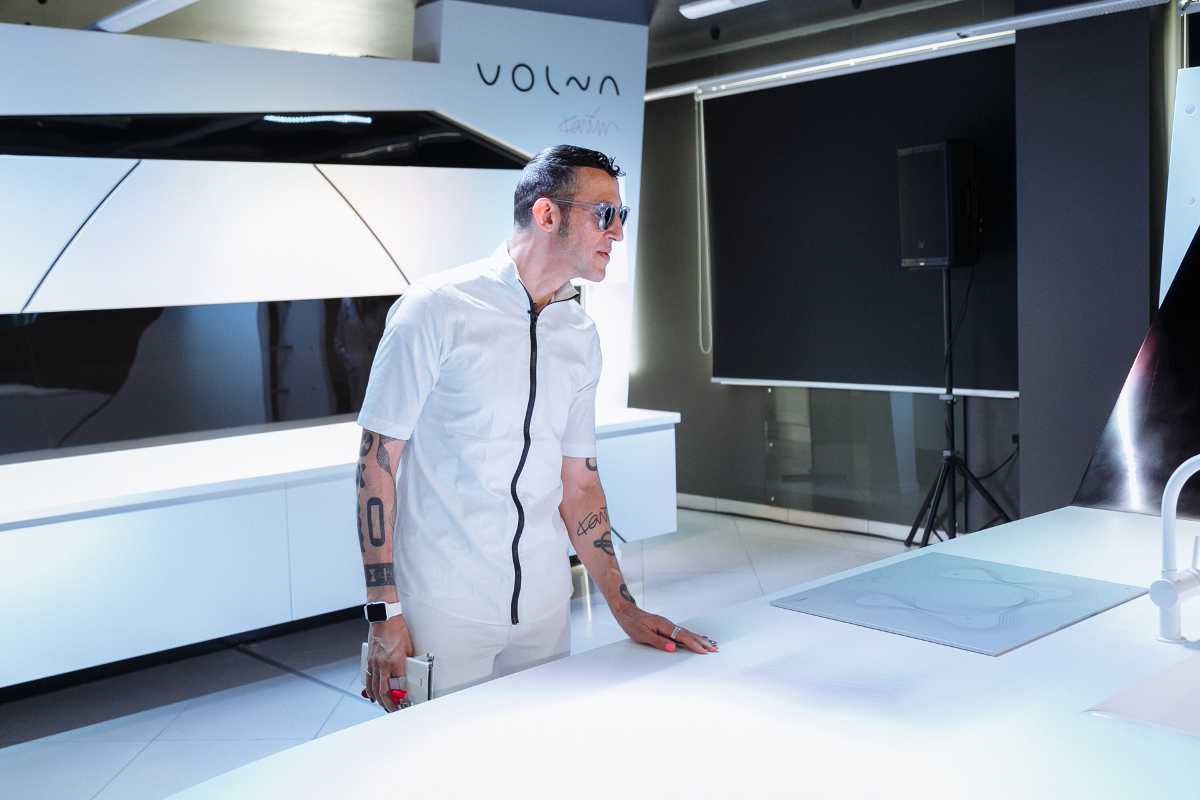 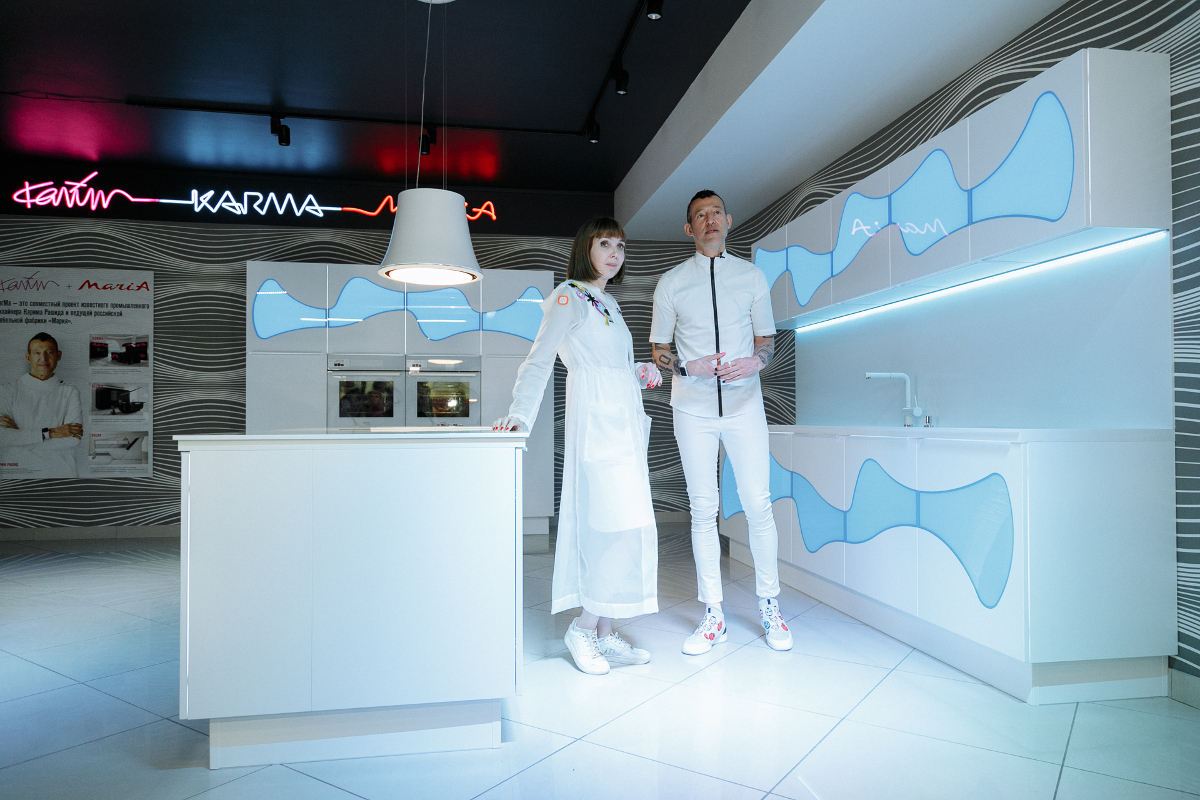 The synchronized translation of Karim’s speech to Russian was streamed at a Youtube channel with a special app SpeakUs that was used by 200 guests.

After September 1 the model Karma will be available for purchase in all of the “Maria” studios in 165 cities of Russia and the CIS countries. The concepts Klutch and Volna will be available for special orders. Besides, the collection of the unique kitchen furniture will continue to update. The factory “Maria” is already getting prepared for the new presentation that is going to take place on the birthday of the company – it is going to turn 18 years old on November, 18.

“The factory is reaching its adulthood in a great shape. I am very happy to cooperate with Karim. I am proud that we managed to realize his bold ideas. Our company became even stronger. Now, we can offer the most innovative products on the Russian market to our customers.” – said Efim Katz.