Kitchen furniture workshop “Edim Doma!” – in the top-25 most profitable franchises of Russia according to the Forbes magazine! 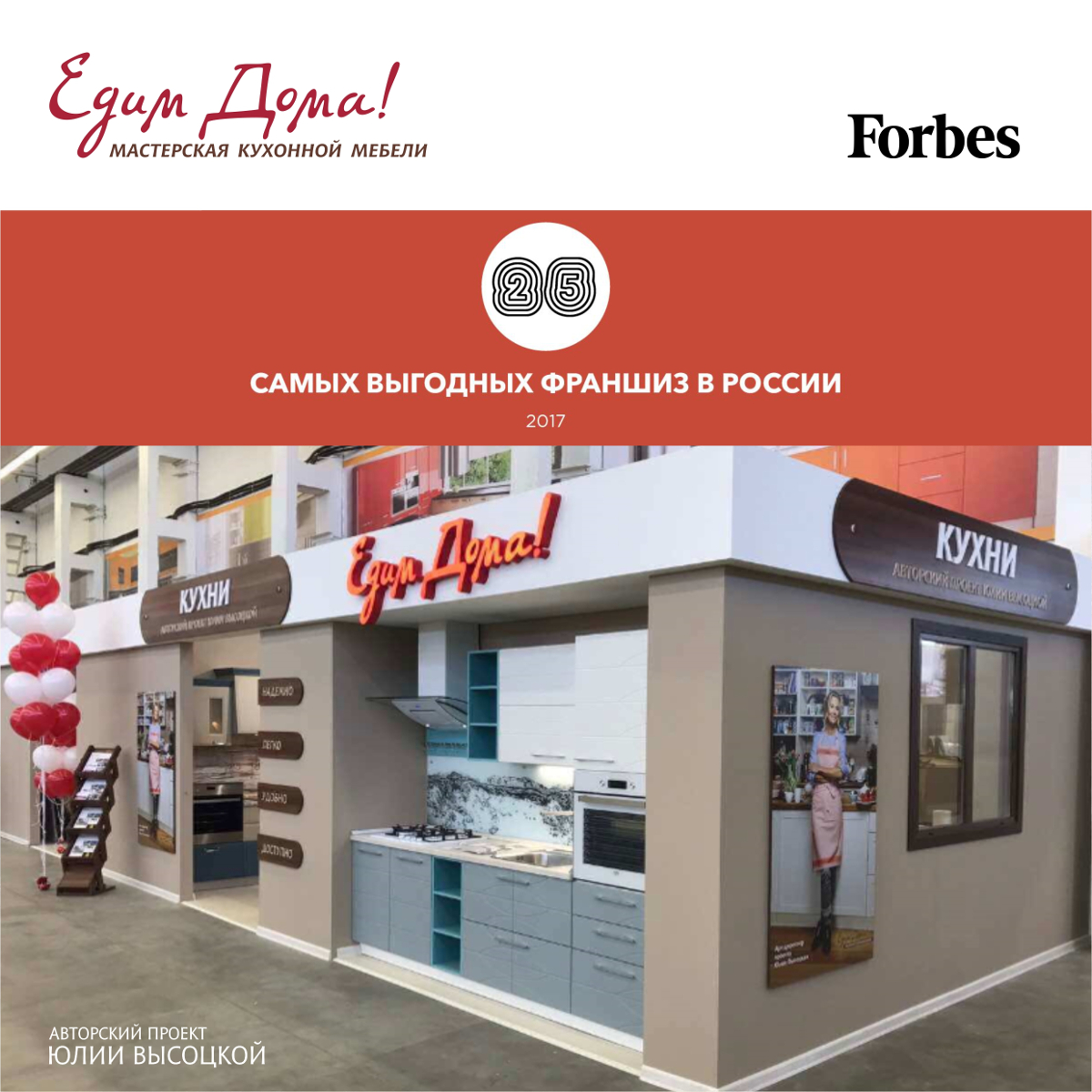 A joint project of the factory “Maria” and the TV host Julia Vysotskaya became the only furniture company that entered such a prestigious list.

A jubilee, fifth rating was published in the July edition of the Forbes magazine. The list of participants was updated by almost 90% and the long-list became twice as large as the previous one. In 2017 25 most profitable franchises were chosen from 194 candidates. The places were distributed according to several indicators, such as the average annual revenue of one shop, marginality, a ratio of profits to start-up investments. The kitchen furniture workshops “Edim Doma!” took the 10th line of the rating.

“A joint project of the factory “Maria” and the TV host Julia Vysotskaya was launched in the end of 2015”, - says Forbes. - The franchisee can come out to the break-even point in the first month, and pay back the investments in six months. The monthly revenue of one shop is more than two million rubles. The company trains employees of the new studios to create kitchen projects, design and sales techniques helps with decoration and signs. But the strongest support for the franchisees – is the popularity of Julia Vysotskaya that hosts a show on the NTV channel and writes culinary books”.

The main brand of the furniture company – “Maria” kitchens was also part of the top-25 profitable franchises of Russia rating by the Forbes magazine. Employees of the factory think that the loud success of the new project – Workshops “Edim Doma!” is only the beginning.

“The project was launched in the midst of a financial crisis. In reply to the requirements of the changed market we offered our customers a high quality project with affordable prices and it turned out to be very demanded, - says Vadim Abramov, commercial director of “Maria”. – The first 100 shops were opened in less than 600 days – that is a colossal success in terms of investments during a crisis. The strongest professionals work in our team that is why we are confident that the project will keep the high pace of its growth. We plan to double the number of shops during the next year and later get this number to 400. Market research also strengthens our optimism. The economic situation pushes people to look after their spending, including the large and important purchases like kitchen furniture. That is why our price segment - middle and lower middle will be in demand”.